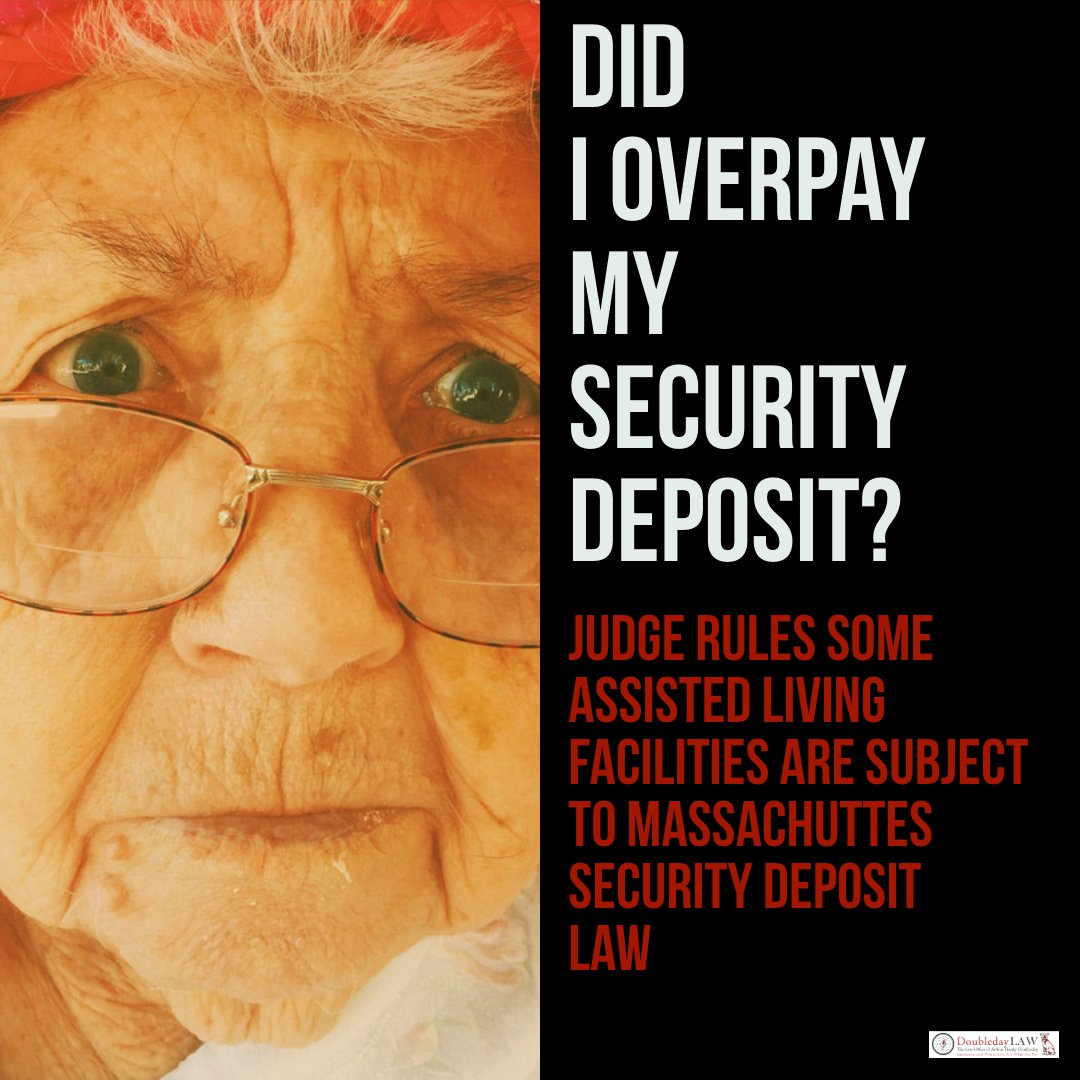 The plaintiff moved into a Senior Living Communities (previously managed by Emeritus Corp.) in 2014, and was charged a $4,250 community fee at the beginning of her tenancy.

She claimed the fee was not compliant with the law.

Chapter 186, Section 15 of the General Law refers to the rights and obligations of landlords and tenants. According to the statute, landlords are not allowed to request from a tenant to pay more than the first and last months’ rent, a security deposit equal to the first month’s rent and the cost for a lock and a key (see Section 15B).

Brookdale Senior Living Communities refuted the claim that the fee was illegal, due to Ch. 19D, which refers specifically to assisted living residences (ALR).

Ch. 19D frees ALRs from certain obligations of other types of facilities and was earlier this year mentioned in a case against an assisted living facility. In the March 2018 case Ryan v. Mary Ann Morse Healthcare Corp., the judge declared that Ch.19D overrules Ch. 186.

Brookdale’s attorney highlighted the differences between a typical tenancy and an ALR, the latter offering additional services. He pointed out that community fees are mentioned in the Executive Office for Elder Affairs’ consumer guide available to prospective residents. In consequence, assisted living facilities across the state take community fees and the judge’s decision would have a substantial negative impact across the sector.

ALRs might resort to requesting more money for other services instead of community fees, or risk going bankrupt, an attorney of the previous March 2018 case noted.

In the case of Hennessy v. Brookdale Senior Living Communities, Justice Salinger highlighted the difference between his case and the previous one. He pointed out that Ch. 19D for assisted living facilities does not necessarily supersede Ch. 186 15b.

In some occasions, Ch. 19D does exempt ALRs from complying with various obligations of other types of healthcare facilities. Nonetheless, there is nothing in the statute for assisted-living specifically mentioning the lack of obligations in terms of landlord-tenant agreements, governed by Section 186 15B.

The Plaintiff was paying a monthly fee in exchange for her apartment. In this case, her contract could be clearly categorized as a tenancy agreement, the judge explained. Therefore, the landlord-tenant statute would be applicable.

In fact, ALRs can and should comply with both statutes, Salinger declared.

The judge, therefore, decided in favor of the class action in the case of Hennessy v. Brookdale Senior Living Communities.