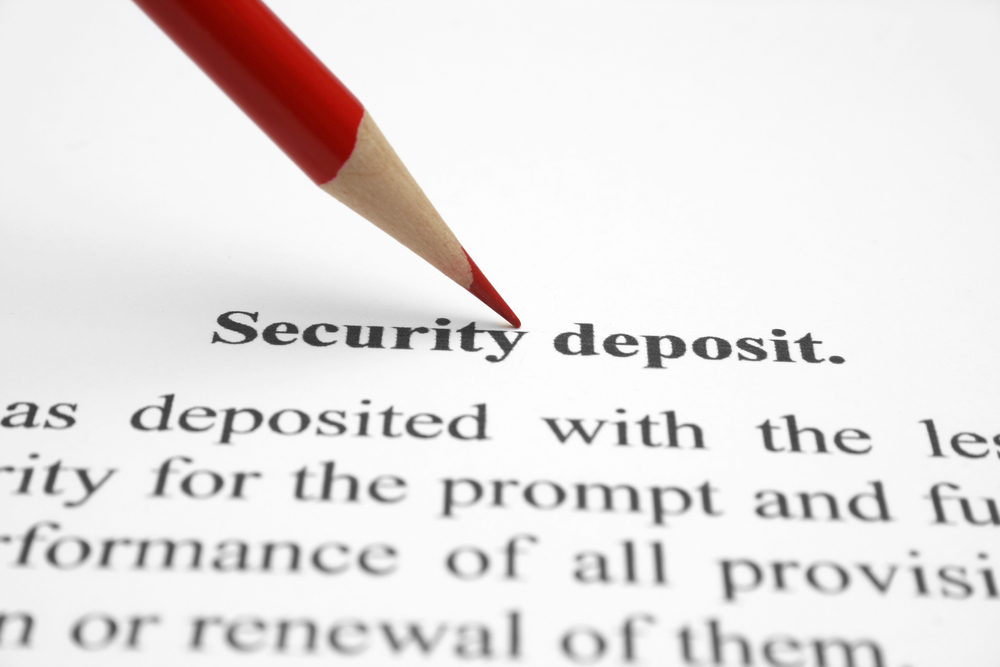 Get your deposit back

If you live in apartment buildings, then you need to educate yourself on the laws that affect you as a tenant. One such law is the one that dictates that multiple damage liability under the security deposit law is mandatory for landlords on instances of bad faith or willfulness by the landlord. This statute was determined by the suit Mellor vs. Berman. Although legal issues can often seem complicated to the average person without a law degree, this case can be broken down into simple terms that both tenants and landlords can understand.

History of the case

This case was brought to court when tenants who leased a residential rental property from a lessor (the landlord). The lease was to be in effect between June 1, 1978 and May 31, 1979. The tenants paid a security deposit of $500 plus the first month’s rent payment of $350.  The tenants were not given a statement of the condition of the premises. Also, the tenants gave proper notice of termination to the landlord. Then, the tenants vacated the property. After they had left, the landlord conducted a search of the location, and she determined to not return the security deposit due to damages beyond ordinary wear and tear while the tenants lived there. Therefore, the landlord sent a letter to the tenants stating the damages cost approximately $580 to repair.

The tenants disputed this allegation and filed a civil action in the Housing Court. They asked for triple damages, costs, interest, and attorney’s fees. The lessor countersued for the remaining $55.00 that would pay for the costs beyond what the security deposit covered.

As a result, the Housing Court judge determined that the damage to the premises only amounted to $311.44. Therefore, the tenants were entitled to receive the remaining balance of the security deposit of $213.56. The judge entered the judgment and ordered double damages plus interest and costs.

The lessor made a motion to reduce the damages to the actual amount in the absence of bad faith on her part. This means the landlord kept the security deposit as ill will or malice as a result of her actions. The tenants then asked for triple the amount of damages. The judge concluded that increasing the amount to treble damages applied to any amount of security deposit that was withheld from September 1, 1978 and after. In other words, the judge decided this particular statue permits a court to triple the amount of the actual/compensatory damages awarded to you as the tenant. Although the lessor argued that precedent dictated that awards could not be increased with no bad faith, the judge upheld the treble damages and ordered interest to be paid on that amount plus attorney’s fees. The total amount awarded to the tenants was $750. The lessor appealed the ruling, but it was guaranteed.

The tenants then sought damages that covered attorney’s fees that resulted from the appeal and the lessor subsequently asked for relief from the judgment, again stating the absence of bad faith. The conclusion of the cases was that the absence of bad faith or ill will is inconsequential when the court awards damages based on the retention of a security deposit. The judgement specified that the tenant is entitled to the awarding of damages of up to three times the amount of the security deposit if the lessor fails to return a security deposit to which a tenant is entitled within 30 days of vacating a property. It also provides for inclusion of interest payments of up to 5% from the date the amount was due as well as court costs and attorney’s fees. The ruling clearly stated there is no need for there to be an absence of bad faith for the tenants to be awarded the amount.

Changes to the statute throughout the years

Over the years, this statute has gone through some changes. In 1969, the law simply stated that a landlord could not ask for more than two months’ worth of rent for a security deposit. A year later the law added a provision that the landlord would be required to pay double damages for withholding the return of a security deposit. That provision was removed in 1972. After 1972, the provision that acts of faith did not need to be accidental was removed.

In summary, a tenant has the legal right to have his or her security deposit returned upon vacating rented premises. A landlord cannot withhold this money with or without ill will toward the tenant. A tenant who is found in this position can seek damages up to three times the amount of the security deposit plus interest, court costs, and attorney’s fees.
It is important for all residential tenants to know and understand their responsibilities and rights. If you are a tenant and feel your security deposit was improperly withheld after you terminated your lease, you have a legal right to have that money returned to you. A landlord cannot withhold that money from you neither with nor without bad faith. In instances where your security deposit is owed upon vacating a property, knowing the law is on your side can be a stress reliever.