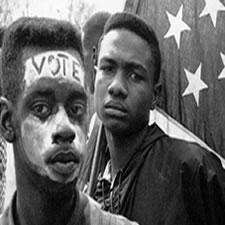 In 1993 Congress passed the National Voter Registration Act (“NVRA”) as a means of increasing voter turn-out. The Act requires states to “accept and use” a specific federal form for voter registration. The form asks under pains of perjury, whether the would-be voter is a citizen of the United States and over the age of eighteen.

In 2004, Arizona voters approved a law that requires election officials in that state to refuse to register any would-be voter who cannot prove that he is in fact a citizen. Arizona residents, voting and civil rights groups challenged the state law, arguing that it could not stand because it conflicted with, and was trumped by, the NVRA.

The challengers won in the lower court, and the Supreme Court granted review last fall to consider not only whether the state law can survive, but also whether the lower court used the right test in making its decision: that court held that because the Constitution allows Congress to make or change election rules established by the states, Congress can veto any state laws relating to elections, even if it doesn’t make clear that it intends to do so.
Today the Court held, in a seven-to-two decision by Justice Scalia, that Arizona’s law cannot stand in the face of the NVRA.