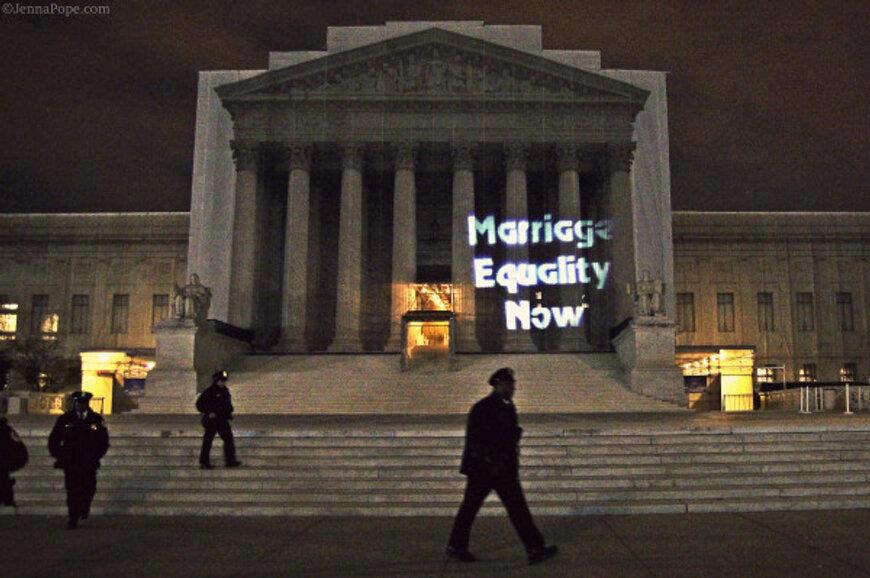 Another historic day at the Supreme Court.  Today the Justices heard argument for and against the Defense of Marriage Act which allows for marriage exclude same sex marriage therefore excluding same sex couples from many federal benefits many couples take for granted.

Issue: (1) Whether Section 3 of the Defense of Marriage Act (DOMA) violates the Fifth Amendment’s guarantee of equal protection of the laws as applied to persons of the same sex who are legally married under the laws of their State; (2) whether the Executive Branch’s agreement with the court below that DOMA is unconstitutional deprives this Court of jurisdiction to decide this case; and (3) whether the Bipartisan Legal Advisory Group of the United States House of Representatives has Article III standing in this case.