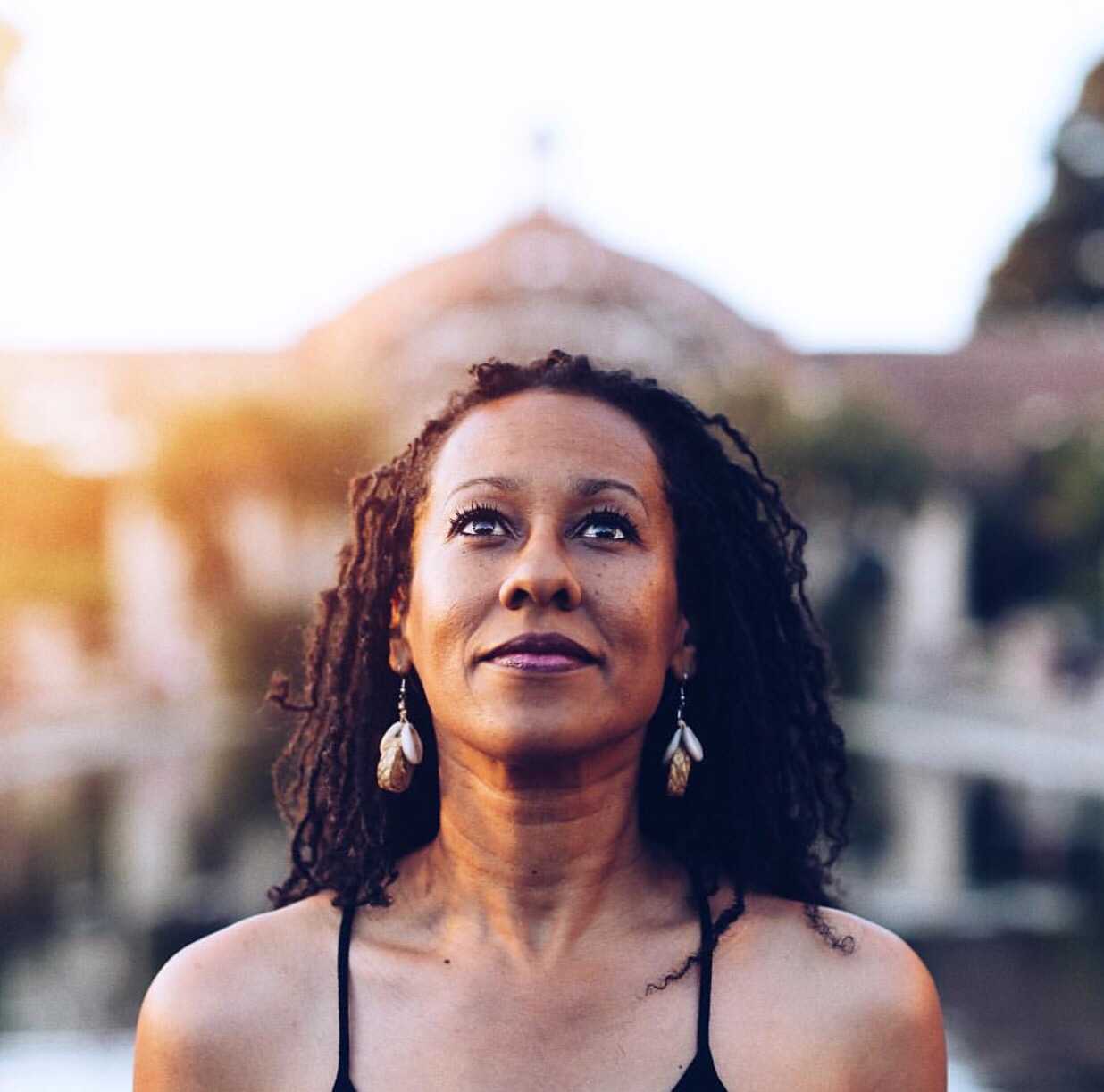 By Arthur Hardy-DoubledayOctober 2, 2017Eviction
No Comments 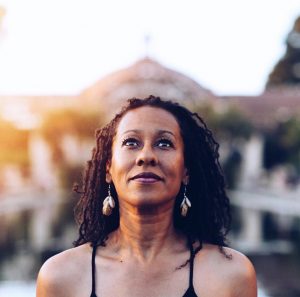 Not all forms of domestic violence are physical, and therefore often go unseen. Many times, an abuser may use more discreet methods of control over their victim, often resulting in hardships when a relationship ends.  Such was the case in Beacon Residential Management, LP vs. R.P., an eviction action filed in a Massachusetts Housing Court.  Ultimately in this case, it was decided that the mother was entitled to intervene and stop an eviction action due to domestic violence. Defendant R.P. prevented her adding her name to the lease as a means of abusive control, which led to her protection by the Violence Against Women Act (hereinafter VAWA.)

First, let’s review the protections offered by VAWA regarding an eviction in which domestic violence is an issue.  They are as follows:

Tenants and otherwise qualified applicants of public housing programs may not be denied or be evicted from housing on the basis that the tenant or applicant is a victim of domestic violence.

Beacon Residential Management, LP is the agent of the owner of Georgetowne Homes, where the parties (Mother, Husband, children) leased a Section 8 subsidized apartment. In October, 2009, when they moved in, both the mother and husband (R.P.) signed the lease.  However, in February 2010, they were informed by the landlord that their rent could not be subsidized, per the Federal government, if the mother’s name was on the lease due to her immigration status.  Together, they decided to remove her name, and R.P. signed a new lease for subsidized rent for himself and a son.  The mother and second son (born after the family moved in) then moved out of the apartment to R.P.’s parents’ home until June, 2010, at which time they returned.  When they moved back into the apartment, neither she nor R.P. immediately took action to include her on the lease as a household member.  No issues are noted to have taken place with this occupancy until a later date.

Two years later, in June 2012, the mother’s permanent residency was approved, and she received her green card.  At that time, according to her testimony, she returned to the landlord’s office with her immigration paperwork, and inquired about adding her name to the lease.  It would later be testified by the landlord’s agent that the landlord’s policy in this situation was to give an “add-on” application to anyone who requested one, and once completed, that party would be added as long as the original lessee agreed.  However, the mother testified that she was never offered that application, and was advised that only R.P. could add her to the lease.  He refused to do so, allegedly in an attempt to use it as a method of control over her.

Again, the landlord did not pursue eviction for a period of time, until there was a disturbance that arose on the property on May 1, 2015, three years after the mother had attempted to have her name added to the lease.  On that date, she had to obtain an abuse prevention order against R.P.  The order required him to stay away from the apartment, and her workplace.  It also ordered him to have no contact with her or their two children, and granted full custody to the mother.  It was extended for one full year, and left she and the children in the apartment without R.P., the original lessee.

On May 26, 2015, only 25 days after the abuse prevention order was obtained, the landlord served a notice to quit (eviction) on R.P. and their two children, claiming that the mother was an “unauthorized individual” living in the apartment, and was “involved in a domestic disturbance on the property.”  In July, 2015, a summary process action was filed in the Boston Division of the Housing Court.  The mother then filed documents arguing that the housing provisions of VAWA prohibited the eviction because the situation arose from domestic violence.  The landlord disputed this claim, and the judge allowed both to introduce evidence and testimony in the courtroom.

After hearing both sides, the judge’s decision was that the mother did not have the right to intervene.  His belief was that she had not been discriminated against on the basis of domestic violence under VAWA, but that the landlord’s failure to give her an “add-on” application was simply a matter of negligence on his part.  Therefore, since it was negligence, not domestic violence, which caused her name to not be added, she could not claim protection under VAWA.  He did, however, agree to allow her to amend her Motion to seek intervention for the children.  Upon doing so, he then turned around and denied the amended motion stating that she had committed fraud by living in the apartment without being named on the lease, and due to such could not represent the children.  As a final blow, he entered an order of default due to the fact that R.P. was not present in court.

The claim by the judge that the mother had committed fraud by living in the apartment while not on the lease was not only shocking, but also applied in such a way that likely would have left the children homeless had the Appeals Court not decided differently.  This court hearing was more than three years after she had initially attempted to be added to the lease.  That attempt was spoiled not by the mother, but by the landlord’s failure to provide the necessary application and follow-up, as well as R.P.’s refusal to approve.  It was a known fact that the mother was living in the apartment, yet the landlord never had an issue with it until she had to obtain an abuse prevention order against R.P.  Clearly, this was a situation that would be protected by VAWA, and not fraudulent in any sense.

The Mother filed a timely appeal with the Appeals Court of the denial of her motion to intervene, as well as the judgment of default.  After consideration, they determined that not only was she entitled to intervene in the eviction due to the protections of VAWA, but also that she was entitled to intervene on behalf of her children as an “affiliated individual” of them.  The Appeals Court referred to the ruling of the Housing Court judge as “error” in regards to the claim that the mother had committed fraud.  Not only had she sought to be added to the lease and was prevented by R.P. of doing so as a means of control (domestic violence), but she had never claimed to be an “otherwise qualified applicant.” The Housing Court judge should not have considered such a claim in his determination of the eviction case. The Appeals Court opinion vacated the default judgment, reversed the judge’s denial of the mother’s Motion to Intervene, and allowed for further proceedings consistent with their determinations.  This means that the mother will be allowed to again argue her defenses under VAWA, and that this time, they should be upheld as legitimate.

The Appeals Court also referred to another defense to eviction on the mother’s behalf.  Massachusetts law, under G. L. c. 239, § 2A, states that an eviction action commenced within six months of a household member seeking a 209A protective order is retaliatory.  Accordingly, this gives the mother in this case an additional basis on which to intervene for the children.

The Violence Against Women Act is a viable defense in Massachusetts Housing Court for any woman involved in an eviction action where domestic violence is an issue. 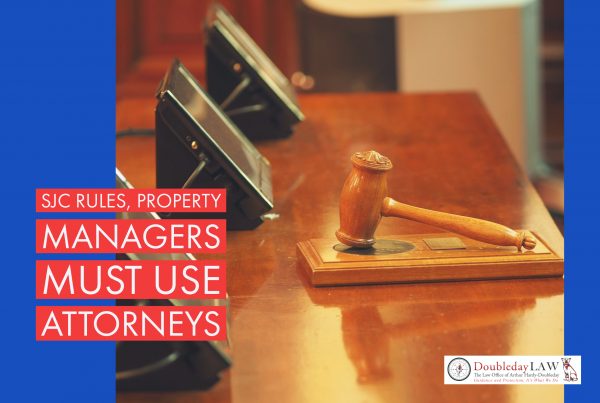 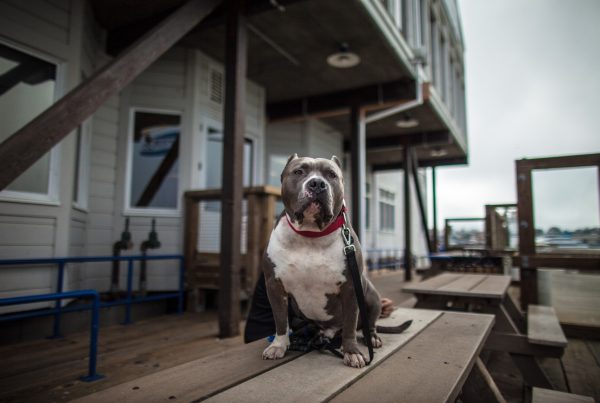